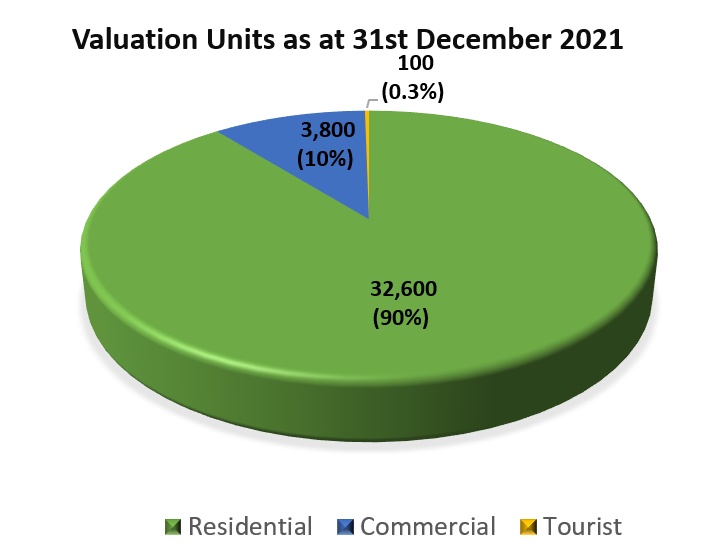 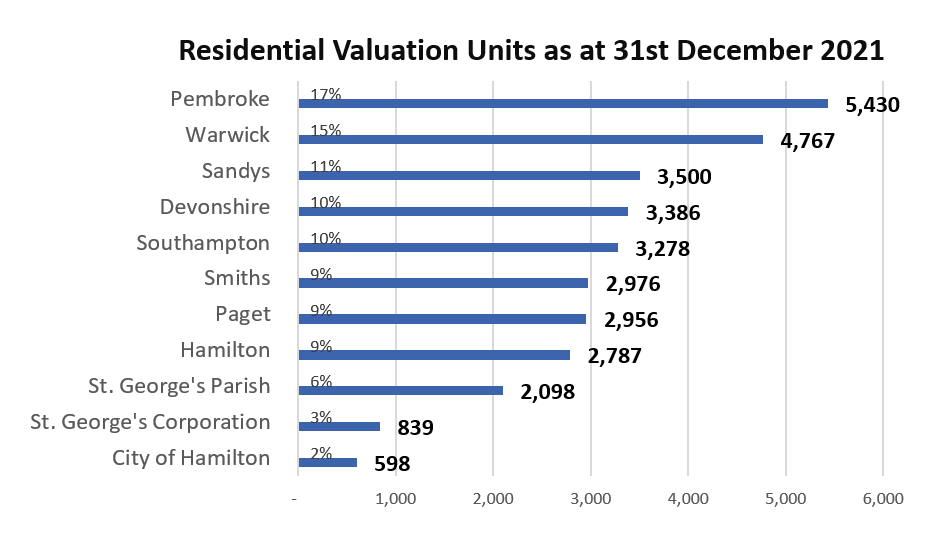 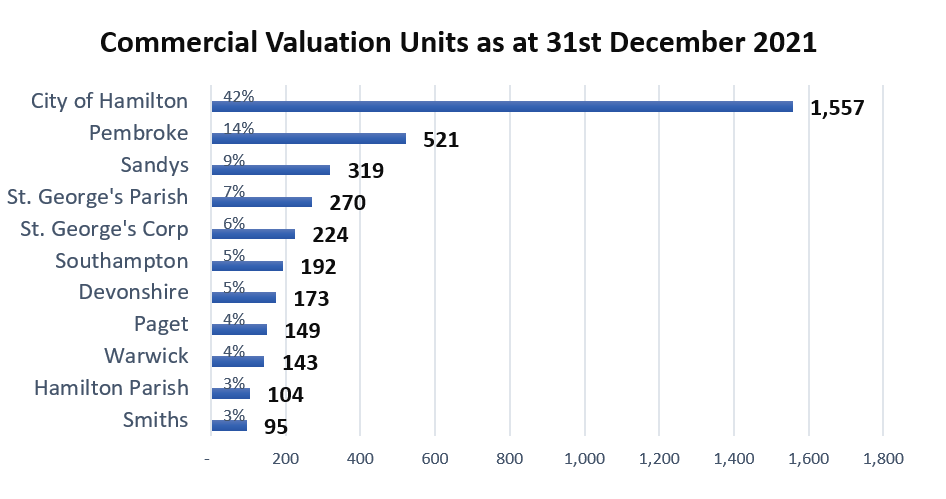 4.       The number of valuation units contained within the Valuation List is changing on a daily basis with valuation units being newly constructed, demolished, merged or split.

5.       In 2021, the Department inspected 580 properties and served a total of 650 proposals to amend the 2015 Valuation List for alterations to properties, such as demolitions, mergers, new builds etc.

6.      In 2021, approximately 36% of the triggers for property inspections were proactive cases raised by the Department, with 54% the result of Certificates of Completion and Occupancy issued by the Planning Department. The remaining 11% came from members of the public requesting an inspection due to property alterations. 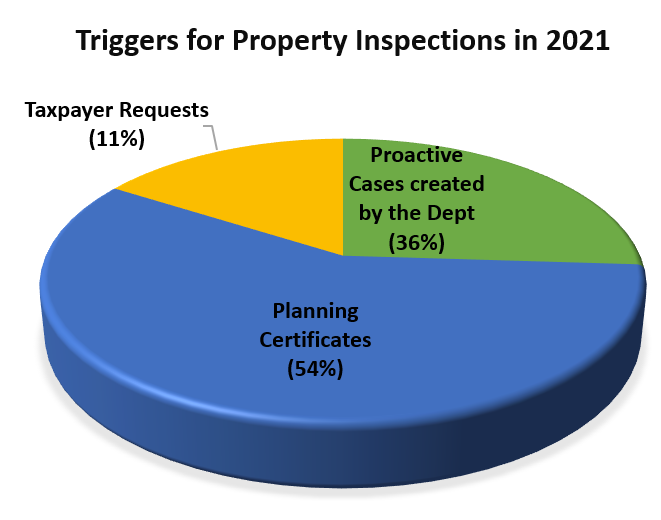 7.      The 2015 Valuation List came into effect on 1st January, 2016 and Government projects to raises over $78.8 million per annum in land tax revenue from billing on the assessed Annual Rental Values (ARVs) appearing in the Valuation List for fiscal year 2021/22. 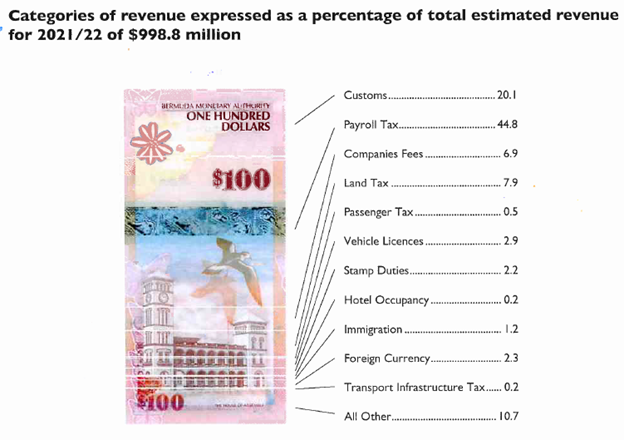 10.   The Valuation List is also used by a number of Government Departments to fulfill their mandates including, but not limited to:

12.  The website has become an invaluable tool for local property professionals and the public alike, with visitors from as far away as India, Croatia, China and Germany. The online search facility alone saw 95,149  visitors in 2021, of which 74.4% were first time visitors, and boasted an uptime (availability) greater than 99%.

13.   The Department also provides an appraisal service to other Government Departments, such as the Office of the Tax Commissioner, the Registrar of the Supreme Court, the Economic Development Department, the Estates Section and others.

15.   The Department in 2021 also reviewed approximately 1,100 Notices of Transfer in relation to property transactions and over 100 properties for purchase by restricted persons.