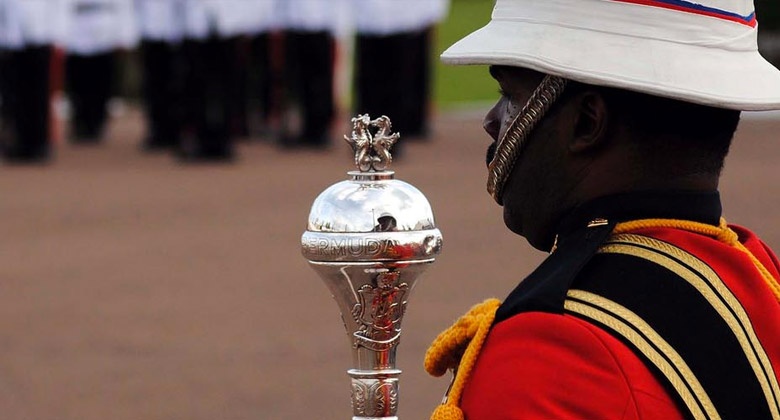 The Royal Bermuda Regiment (RBR) is a reserve multirole battalion of 350 soldiers and officers.  It serves to ensure the security of Bermuda, its peoples, property, livelihood and interests.  It does so by fulfilling two primary functions – providing Military Aid to the Civil Authority (MACA), and Humanitarian Aid and Disaster Relief (HADR). To sign up or learn more, visit the Royal Bermuda Regiment’s website.

What do they do?

The RBR provides routine support to the Bermuda Police Service during large events on land, such as the America’s Cup, World Triathlon Series, or during events like Cup Match, and support on the water during peak weekends during the summer.  It also stands ready to deploy a robust Internal Security and Public Order response if called upon.

The RBR routinely deploys in advance of major hurricanes to speed recovery efforts in Bermuda. At times it deploys overseas, most recently to the Turks and Caicos Islands in 2017 as part of UK MOD Operation RUMAN after Hurricane Irma.   The Regiment plays a central role in the contingency plans of many government departments.  It has mobilized to support the Bermuda Fire and Rescue service and plays a key role in Bermuda’s Oil Spill Response. The RBR band lead all state parades and are ambassadors for Bermuda’s tourism product.

Soldiers commit sign up for three years and two months in the first instance and then on an annual basis thereafter.  Their annual training commitment is about 30 days a year, which includes a two-week camp, weekends, and drill nights.  A Private solider will have the opportunity to earn $5,000 in their first year of service. In addition to training to fulfill the roles outlined above, leadership and trade training is available both in Bermuda and overseas.