With the introduction of the Domestic Partnership Act 2018, Bermuda—an associate member of CARICOM—will be amongst the first English-speaking Caribbean islands to introduce and pass a law that provides statutory recognition to same-sex couples. This law gives same-sex and heterosexual couples wishing to enter into a domestic partnership, rights and benefits equivalent to those of heterosexual married couples. 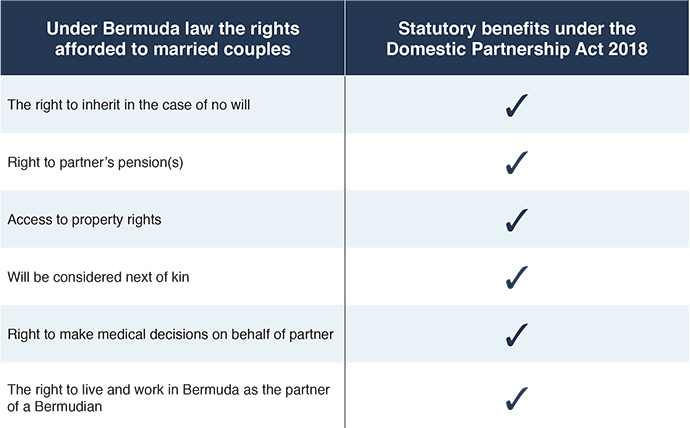 When compared with English-speaking Caribbean islands, Bermuda—which is an associate member of CARICOM—is amongst the first to extend benefits to same sex couples. 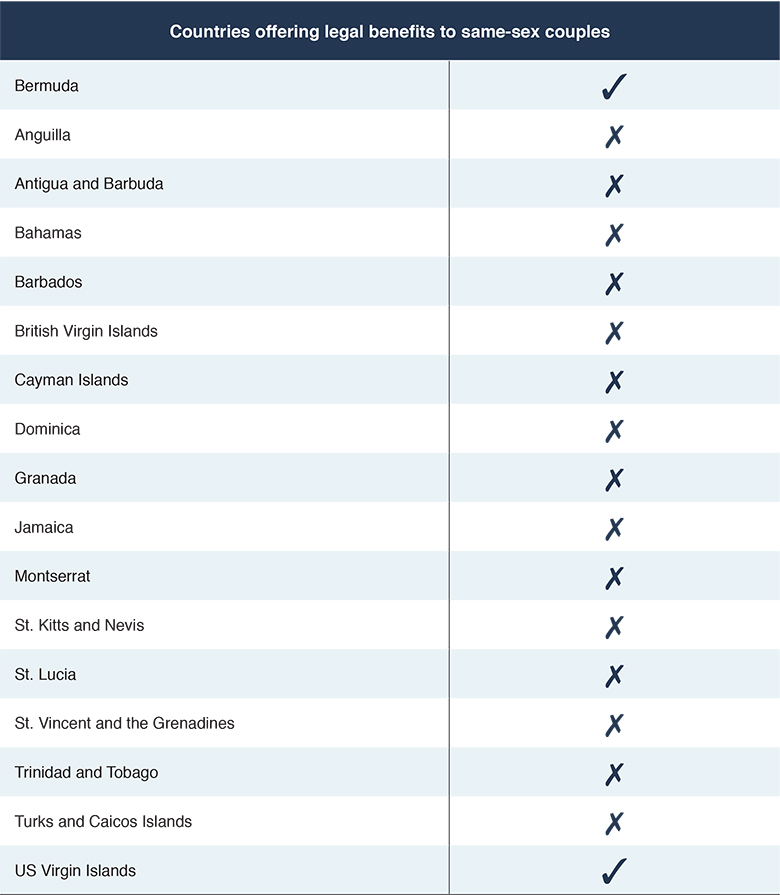 What are the advantages for same sex couples in a domestic partnership?

Before the Domestic Partnership Act, same-sex couples did not have statutory rights to benefits such as pensions, health insurance, medical next of kin rights, and survivorship where there is no will. This law gives same-sex couples statutory access to those benefits.

When does the law take effect?

The Act became law on 7 February 2018, when it was signed by the Governor of Bermuda. The commencement date is 1st June 2018. This means that same-sex couples can get married in Bermuda until 31st May 2018. The Registry General will continue to accept applications for same-sex marriages until 12th May, 2018. Any application submitted by a same-sex couple after that date must be for a domestic partnership under the new Act, not a marriage under the Marriage Act 1944 or the Maritime Marriage Act 1999. The Registrar’s Certificate for marriage issued by the Registrar General under either of those Acts on or before 12th May, 2018 will be treated as a licence for domestic partnership if the couple do not marry on or before 31st May, 2018.

Are same sex marriages that took place in Bermuda during the period in 2017 and 2018 that marriage was legal still valid?

After the Act comes into effect will my same sex marriage be legal in Bermuda?

A same sex marriage conducted outside Bermuda after the Domestic Partnership Act comes into effect will be treated in Bermuda as a domestic partnership, and under the Act the couple will receive access to legal benefits such as pensions, health insurance, medical next of kin rights etc.

Yes. Any couple can participate in a domestic partnership ceremony in Bermuda provided that they comply with the requirements of the Domestic Partnership Act.

Are civil ceremonies allowed on cruises to Bermuda?

Domestic partnerships may be formalised on board Bermuda-registered ships (e.g. cruise ships) when the ships are on the high seas. 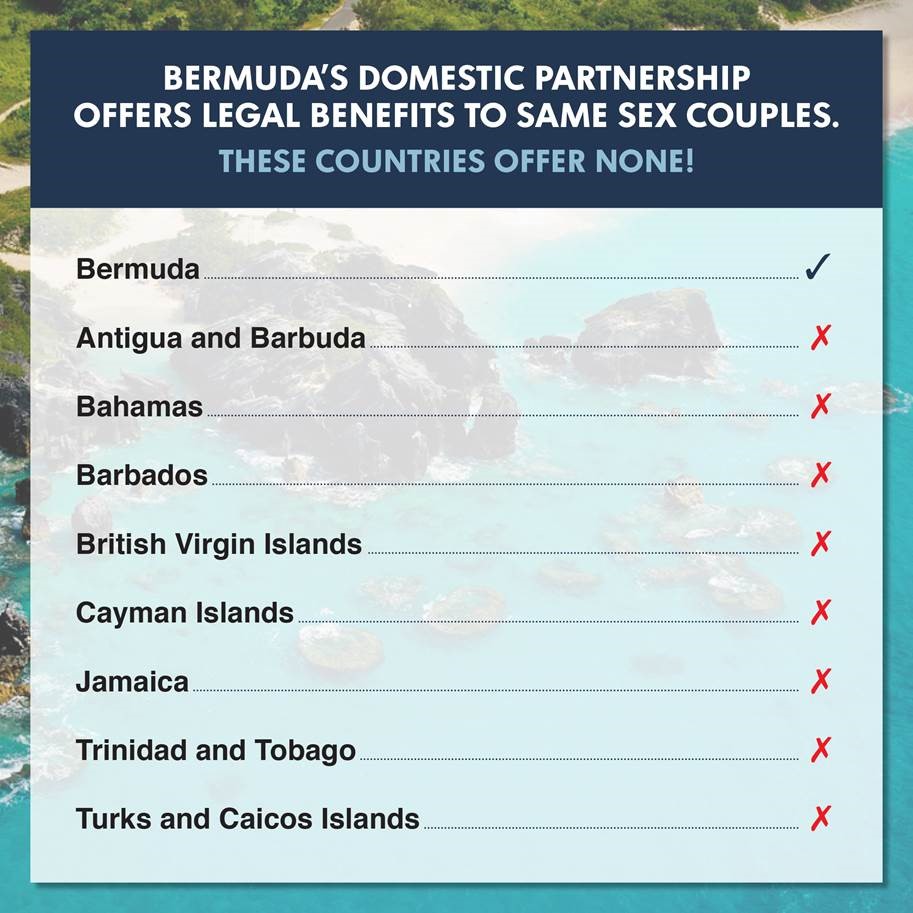